If you’re looking to add a few new stylish additions to your closet or wardrobe, a visit to the Esther online store is exactly what you need. The company stocks some of the most stunning pieces of clothing you could ever imagine, all for very affordable prices, especially if you decide to use Esther and Co discount codes. What’s more, for every Esther purchase that you make, a percentage will be donated to charity, which is a very beautiful thing indeed. Esther & Co. already has a reputation for stocking affordable clothing, but that doesn’t mean that you can’t save even more. Before buying your next outfit, why not check out the Esther & Co discount code deals that we have available? The Esther and Co discount codes that we post are updated on a near daily basis, meaning it is virtually impossible for you not to find a valid Esther discount code on our site. Head over to our site and you’ll see exactly what we mean.

One of the most important things customers should keep in mind is that products that are part of the Esther and Co sales are not eligible for return. Products such as beauty products, earrings, body accessories and intimates are non-returnable. The following returns policy applies to full-price products only. As a customer, you have 14 days to return your product to Esther & Co, starting from the date they received their order. The return comes in the form of store credit, with the exception of Esther Luxe styles, which can be returned for store credit or for a refund. To make a return, go to the returns section of the store’s website and enter your order number and email address. The rest of the steps will be provided to you via email.

Some of the products listed on the brand’s website are made by Esther, but there are also products that are made by the brand’s partners. Regardless of the maker of your items, if you believe you have received a faulty item, the best course of action is to contact Esther & Co with a detailed description of the issue. It would also be helpful if you could provide a photo of the faulty product where the defect is clearly visible and send it to Esther & Co customer service. You will be given all the necessary information and any additional help you may require.

How to Use Your Esther and Co Coupon Code 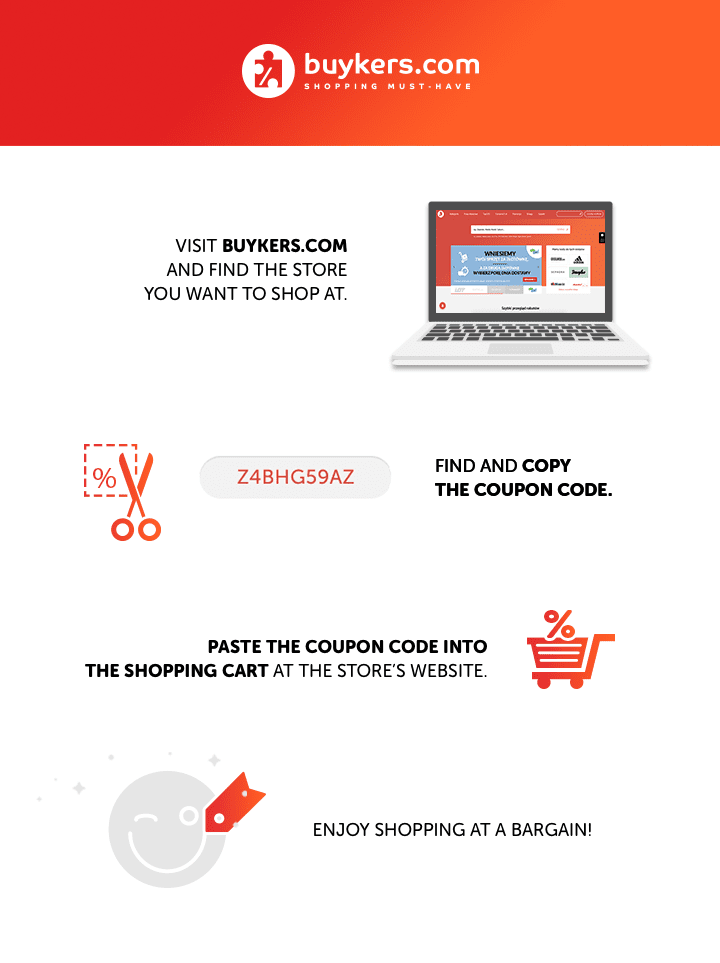 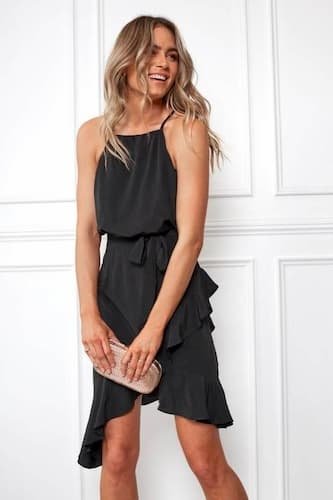 This dress is Esther’s take on the classic little black dress but with a little twist. The high-low hemline creates an asymmetrical feeling which makes it look like you’re dancing even when you’re standing still. It’s a great party dress, partly due to the fact that the hemline doesn’t restrict movement, allowing you to dance the night away. The waist tie gives it a bit of class which blends well with the otherwise casual style. The adjustable straps give you the best possible comfort and fit and the light fabric makes it the right choice if you want to spend the night partying like there is no tomorrow. 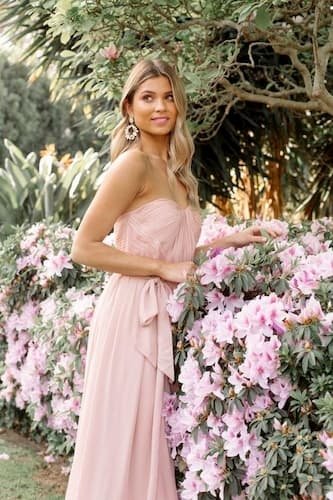 This Esther and Co bridal dress is one of our favourites. It’s perfect for formal occasions such as weddings thanks to the gorgeously elegant cut. It can be worn in a variety of ways which means that you can wear it multiple times but never in the same way as before. The invisible zipper doesn’t get in the way and helps create a cohesive design. The padded and fitted bust with ruching detailing is simply stunning. The dark blush colour is deep and vibrant, so if you like the way it looks in the picture, you will love it even more when it’s delivered to you. Check the size guide for the best possible fit and don’t forget to find an Esther & Co coupon code to get it cheaper.

When I was asked to be a bridesmaid by one of my close friends, I was speechless! Of course, it was an honour and I was shocked that she had asked me to be her bridesmaid, but I immediately said yes. The problem was, I didn’t have a dress that looks good enough to go to a wedding as a bridesmaid. I’m so lucky that I found this website and that this dress was still available. I’ve read countless Esther & co reviews so I knew I wouldn’t regret making a purchase there. The dress is very elegant and the colour is just lovely! The fact that it’s strapless is also a nice touch because I always worry that there is something wrong with them every time a wear a dress with straps. I used the Esther & co voucher code and saved 20% which may not be a fortune, but it’s better than nothing. Overall, the design is just gorgeous. Even though you don’t wear the same dress twice to weddings, I might actually consider doing that in the future. The only problem was the fact that it was a bit hard to dance in it, but other than that, it was great, as was the wedding. 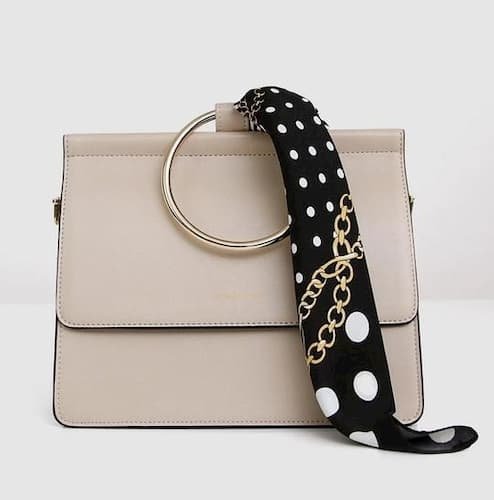 A life without a good bag is not worth living, that’s what my mother used to say. I may not feel as strongly about handbags, but I do like a good handbag and I it’s one of those things that I don’t really care if it’s expensive or not. Fortunately, this one was within my budget after I used the esther and co promo code. The attention to detail and the build quality are just like the bags that cost 5 times as much. The straps can be clipped off and then it’s a different bag altogether. The three pockets help me organize all the things I carry there and make the chaos a bit more tolerable. The free standard delivery was nice, but I wish it had arrived sooner. I mean, just look at it. Isn’t it beautiful?! And I got a scarf for free when I bought the bag.

Do you have a keen eye for fashion and style? If so, chances are you are already well aware of Esther and Co clothing. For those of you who aren’t however, don’t worry, we’ll bring you up to speed. Esther & Co is one of the most popular women’s fashion retailers in all of Australia. The company began its journey back in 2004, where it started out as Esther boutique. The idea of this online store was to provide busy women with affordable, yet incredibly stylish outfits and fashion accessories as easily as possible. Rather than having to travel to a brick and mortar store, and deal with traffic as well as large crowds, the site aimed to make the shopping experience as simple as possible, allowing women to shop for stunning outfits from the comfort of their own homes. This business model grew, Esther and Co began stocking some truly remarkable items, and the rest, as they say, is history. The Esther product range includes dresses, underwear, nightwear, and pretty much every other form of clothing you can think of, and yes, that includes a hugely popular bridal wear section as well.

One of the perks of shopping at Esther & Co is the fact that you support a charity organisation in the process. The company is very sensitive to those who need help and can’t reach out to get it, which is why over the years Esther & Co has raised over $250,000 to support the Be Hers charity. It’s an amazing organisation that fights to get rid of human trafficking. Getting awesome clothing and helping others? There is no better combination than that.

Whether you’re looking for more formal or more casual clothing, you can be sure to find something interesting in the Esther & co store. However, if you want to get all of that for a price that would normally be considered a robbery, there are only a handful of days that are as good for that as Black Friday. That’s when all the serious retailers get creative with price-slashing and offer sales you can only see a handful of times during the years, if at all. If there are any Esther and Co discount codes, we are going to have them all listed on this page so that you don’t miss any of them.

The Black Friday offers don’t just go away, they turn into something different, at least for online stores. Esther is an exclusively online boutique which means that it is more than likely that we are going to see some Esther and Co coupon codes or other special sales. Of course, all the latest Esther & Co voucher codes are available here throughout the year, it’s just that the Cyber Monday deals tend to be more attractive than regular codes released in other times of year.

Everyone knows how crazy Boxing Day sales can get. That’s when most stores offer some of the craziest deals of them all and customers set out to find the best offer before the end of the year. We’re quite certain that Esther and Co is going to have a similar approach when it comes to sales and other special offers. Should there be any Esther & co vouchers, we will have all of them right here, so be sure to check back around Boxing Day if you want to find deals better than all the poor souls making their Boxing Day purchases in brick and mortar stores.

We are happy that you’ve come back to make use of the best discounts on the Internet! However, before you do it, we would like to ask for your attention. In order to protect your privacy...

In order to protect your privacy and having in mind the changes introduced to the regulation on data protection (GDPR), we’ve updated the Terms of Service and the Privacy Policy. We kindly ask you to read it. The safety of your personal data is cruciual to us. We’d like you to know how we protect them.

Your personal data will be processed by AleRabat.com Sp. z o.o., located in Fabryczna 24 in Katowice, Poland (hereafter known as the Administrator).

If you have any doubts, questions or you’d like to know more, contact our Inspector for the Protection of Personal Data at
Keep in mind that:

If you are a recipient of the Newsletter, you have the right to withdraw your consent. This will not have any negative consequences for the service itself, however, we will no longer inform you about our exclusive coupon codes and promotions available only on our website.
In the case of cancellation, click “unsubscribe” in the message you received or contact us.

You have the right to demand access to your personal data.

You have the right to correct your personal data and even to delete it.

You have the right to ask for transferring the data, having basis for processing in your consent.

If you want to exercise your rights, contact us.

You also have the right to file a complaint to the President of the Office for the Personal Data Protection.

Stay on top of the best discounts. Sign up to the Buykers newsletter and save more!

To confirm your subscription, click the activation link in the email we have just sent you.

To confirm your subscription, click the activation link in the email we have just sent you.